For our Monthly Circle of Women article for October, The Interfaith Peace Project would like to highlight the following women who have shown strength and courage as they have become leaders and role models to the world. 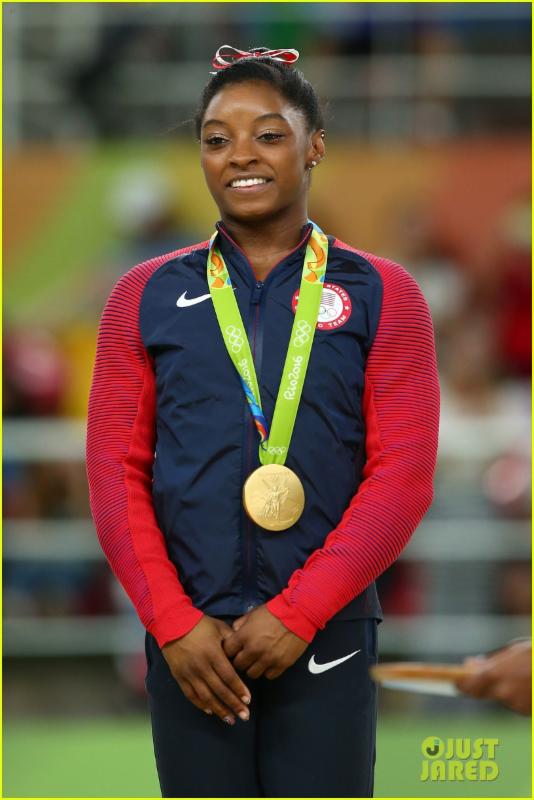 “I’m not the next Usain Bolt or Michael Phelps.
I’m the First Simone Biles.”

Simone Biles, having won nineteen Olympic and World Championship medals, is the most decorated American gymnast. She is a member of “The Final Five” who won the team gymnastics gold medal at the 2016 Olympic Games in Rio. Simone also individually won gold medals in the Women’s Individual All-Around, Vault, and Floor Exercise and a bronze medal in the Balance Beam. While being compared to other great Olympians, Simone stated, “I’m not the next Usain Bolt or Michael Phelps. I’m the First Simone Biles.”

Life, however, has not been easy for Simone. At a very young age, Simone and her siblings were removed from their parents care by the state. They lived in foster care until Simone was five years old and adopted by her maternal grandparents, where she flourished under her new mom and dad’s gentle care. It was here where she began her journey as the “First Simone Biles.”

Simone was introduced to gymnastics and by age eight was being coached by Aimee Boorman, her current coach and “second mom”. Through her many sacrifices, Simone became her nation’s top gymnast. She speaks of her sacrifices, stating, “I have lost so much. By giving up public school, I lost a lot of friends because we don’t have the same interests. I don’t do this ‘hanging out’, whatever that is. I’ve never gone to someone’s party, so I don’t know what they do there. And I’ve never gone to a homecoming; never a prom. I gave up a lot, but I made the right decision because look what I’ve accomplished.” (The Washington Post)

One qualification of a world class gymnast is Confidence. Simone speaks of a moment when she realized the importance of Confidence to a gymnast. “One of my proudest moments was probably 2013 Worlds, because I proved to myself that I could do things that I didn’t think I could. I guess I didn’t really believe everyone when they told me how good I was, and so for me to go out there and {win} I kind of started to believe it…I proved to myself that I do have the confidence to go out there and hit it…”

On this October 8 in celebration of Women’s Voice, let us reflect on how we are “The First”. How we have sacrificed and need to continue to sacrifice to attain our goals. And, as Simone would say, “Practice Creates Confidence. Confidence Empowers You.” 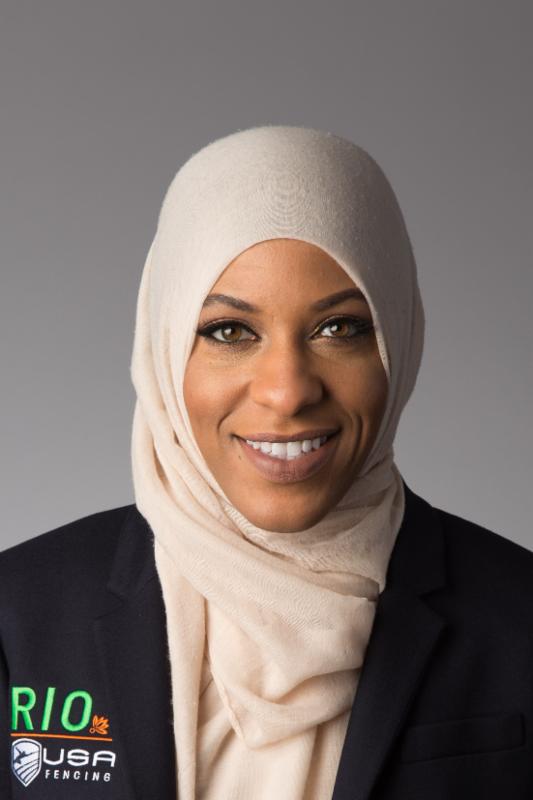 “You have to use your moment to help
people around you.”

Ibtihaj Muhammad is a member of the United States fencing team. She is the first Muslim American woman to wear a hijab while competing for the United States in the Olympics and the first female Muslim American athlete to earn a medal at the Olympics. In the 2016 Summer Olympics in Rio, Ibtihaj won her first qualifying round bout, and was defeated in the second round by Cécilia Berder of France. She earned the bronze medal as part of Team USA in the Team Sabre.

During the Olympics, Ibtihaj Muhammad was visibly Muslim because of her hijab. She became a symbol against Muslim intolerance in America. Ibtihaj spoke out during the Olympics, stating that the United States is a dangerous place for Muslims and that she did “not feel safe” as a Muslim living in the United States. It is Ibtihaj’s belief that “You have to use your moment to help people around you.” In speaking out, Ibtihaj raised awareness of what it is like to be Muslim in the United States during this election year.

Ibtihaj Muhammad attended Columbia High School, a public high school in Maplewood, New Jersey, graduating in 2003.In 2007, Muhammad graduated from Duke University with bachelor’s degrees in international relations and African and African-American studies. She is of Aftrican American descent and she and her parents were born in the United States. Her parents are converts to Islam.

In 2014, Ibtihaj and her siblings established a clothing company, Louella. Louella brings modest fashionable clothing to the United States market.She also serves as a sports ambassador as part of the U.S. Department of State‘s Empowering Women and Girls Through Sport Initiative. Through this work, Ibtihaj has traveled abroad to various countries to engage in dialogue on the importance of sports and education.

On this October 8th commemoration of International Women’s Day, let us reflect on what it is like to be a Muslim Amercan and how we can defuse the rhetoric that simmers around us during this election year. 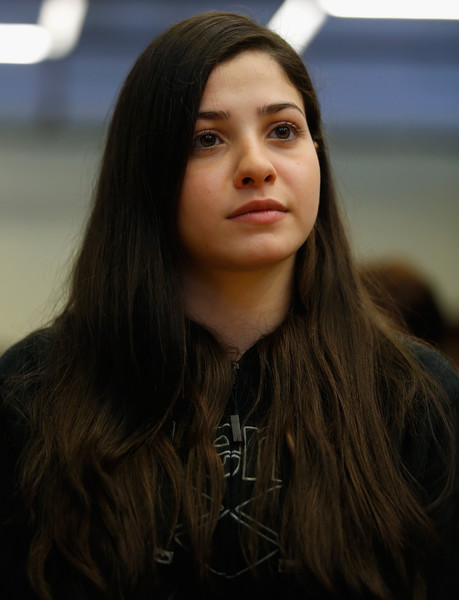 “By entering the stadium we are encouraging
everyone to pursue their dreams.”

Yusra Mardini represented Syria in the 2016 Olympics in the 100 meter butterfly and free-style. Yusra was born in Syria, but is currently living in Berlin, Germany. Her journey from Syria to Germany took more courage and determination than her quest for Olympic gold medals.

Yusra and her sister lived and trained in Damascus Syria during the war. They sometimes swam in swimming pools where the roofs were blown off. When Damascus became too unstable to remain, Yusra and her sister left Syria and travelled through Lebanon and Turkey before boarding a ship for Greece. After sailing from Turkey for Greece, the engines of the boat they were in with twenty other people failed. With no other alternative, and fearing that the boat would sink, Yusra, her sister and two others jumped into the water and for three hours pushed the boat to shore.

“I want everyone to think refugees are normal people who had their homelands and lost them not because they wanted to run away and be refugees, but because they have dreams in their lives and they had to go,” she said. “Everything is about trying to get a new and better life and by entering the stadium we are encouraging everyone to pursue their dreams.”

On this celebration recognizing Women’s Voices, lets listen to the voice of Yusra who encourages not only refugees like herself, but all of us to pursue our dreams.