Feminism today, in 2017, is both celebrated and reviled. According to Merriam-Webster, Feminism is defined as “the theory of the political, economic and social equality of the sexes; organized activity on behalf of women’s rights and interests”. Merriam-Webster states that the first known use of the word was in 1895.

Feminism in America, arguably, has its roots in 19th Century America with the rise of the women’s antislavery movement which led to the necessity of women gaining the right to vote and to be heard in the American political arena. Many women suffragists made their voices heard. During this same period, women, who did not consider themselves feminists, pursued education and careers officially denied to them, pushing the issue of women’s rights forward.

Many women today still outwardly work in the feminist movement staging demonstrations and rallies. Other feminist women stay at home teaching their children the dignity and equality of all peoples. Others push feminist rights forward with their dedication to careers.

The International Women’s Day celebration is a good time for us to look at some of those women who have formed the foundation of the rights that we claim today. It was their courage and determination that have brought us to this point. It is our courage and determination in following their example that will move us ever forward in our quest to claim our dignity, find our voice, and stand up for what is true, good and beautiful. 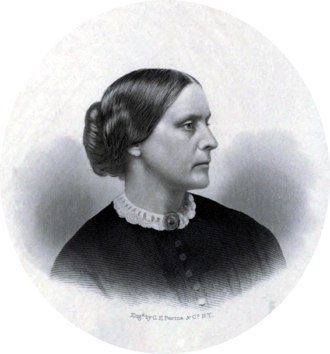 Susan B. Anthony was born in 1820 into a Quaker family in Adams, Massachusetts. From the age of sixteen, Susan was involved in the resistance to slavery and was even a part of the underground railroad. Susan was not only anti-slavery, but also advocated for a racially integrated society, a radical position for abolitionists.

In 1851, Susan met Elizabeth Cady Stanton, one of the organizers at the Seneca Falls Convention of 1848, the first Women’s Rights Convention. Elizabeth Cady Stanton introduced the resolution in support of women’s suffrage. The two women formed a team with Elizabeth Stanton initially providing the ideas and strategy while Susan Anthony delivered the speeches and circulated the petitions.

Susan attended the National Women’s Rights Convention in Syracuse and came away with the belief that the right to vote would secure all the other rights. Susan also worked for the right of women to own property, enter into contracts and the right to be a joint guardian of children.

Susan was arrested in 1872 for voting in New York. She refused to pay the fine, but was not further prosecuted.

Susan traveled extensively for women’s rights. She gave 75 to 100 speeches per year. She also traveled internationally. As with many feminists, in later years, she was accused of trying to destroy the institution of marriage. Susan died in 1906. 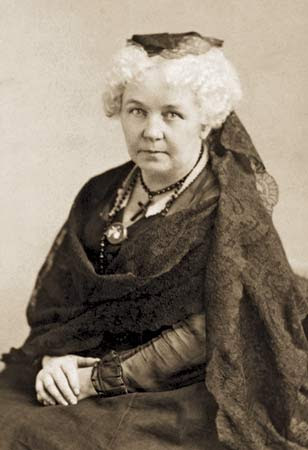 Elizabeth Cady Stanton was born in 1815 in Johnstown, New York. Even though her father owned slaves, Stanton became an abolitionist as well as an American suffragist and social activist.

She presented her “Declaration of Sentiments” at the Seneca Falls Women’s Convention. She is credited with initiating the first organized women’s suffrage movements in the United States.

She was president of the National Woman Suffrage Association from 1892 to 1900.

Elizabeth also worked on women’s parental and custody rights, property rights, employment and income rights, divorce and birth control and in the Temperance movement. She died in 1902.