International Women’s Day, March 8, is a day set aside as an important opportunity to celebrate the social, economic, cultural and political achievements of women. Visibility and awareness help drive positive change for women. Bold actions help accelerate gender parity across the world.

We can run for office, support candidates that fight for justice, register voters, and have open dialogues with family and friends about equality issues. We must resist oppression of any kind.

We offer these stories as examples of women who need us to BE BOLD FOR CHANGE.

Lupita Garcia de Rayos is a mother with two children (born in Arizona), who came to this country involuntarily as a teenager at age 14 in the mid 1990s. She was arrested in 2008 during a workplace raid and convicted one year later of felony criminal impersonation for making up a social security number so that she could work. She was recently deported from this country, the only country she has lived in since she was 14 years old. Phoenix Mayor Greg Stanton stated, “Rather than tracking down violent criminals and drug dealers, ICE is spending its energy deporting a woman with two American children who has lived here for more than two decades and poses a threat to nobody.” From Mexico, Lupita said, “The truth is I was there for my children. For a better future. To work for them. And I don’t regret it, because I did if for love. I’m going to keep fighting so that they continue to study in their country and so that their dreams become a reality.” Who would not want that for their children?

K.A., a Muslim woman on a Southwest Airlines Flight

A North Carolina man ripped off a Muslim woman’s hijab and screamed, “This is America”, on December 11, 2015. Gill Parker Payne, 37, of Gastonia North Carolina pleaded guilty in New Mexico to a misdemeanor hate crime charge of using force to obstruct her right to her religious beliefs. This happened in the United States, a country founded on religious freedom.

Aileen is a math consultant in a California county office who learned that a man just hired started his job at a much higher salary.  Aileen filed a lawsuit stating, “I don’t want another girl to feel, after she’s worked so hard, that she’s not worth the same as the man sitting next to her.” This chart by the American Association of University Women shows that many of us do have a similar experience. 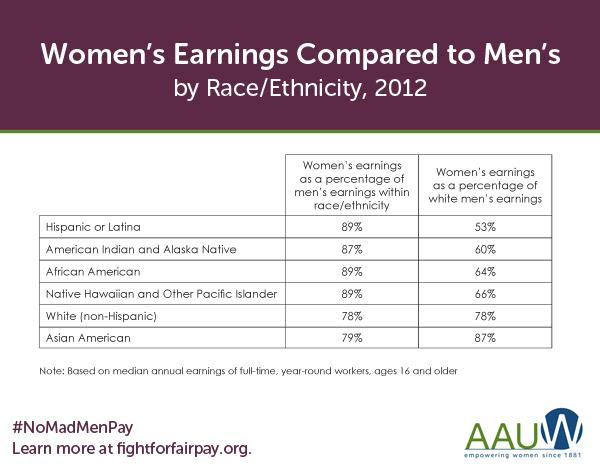